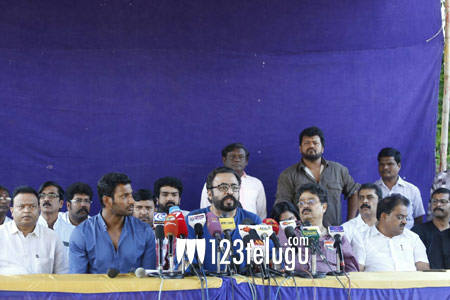 The ongoing protests to support Jallikattu event has become quite fierce in Tamil Nadu. There have been some huge protests going on in Chennai and other parts of Tamil Nadu as heavy crowds including celebs have been doing their bit to fight for the cause.

Now, the latest news is that the Tamil Nadigar Sangam has decided to hold a one-day fast in Chennai on the 20th of this month. Some known stars will be taking part in this protest which has become a movement altogether.

Jallikattu is a bull taming event typically practiced in Tamil Nadu as a part of Pongal celebrations. The Ministry of Environment and Forests issued a notification in 2011 and banned the use of bulls thereby banning the event.