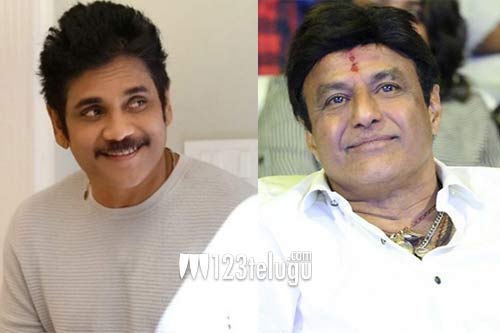 In recent years, Tollywood witnessed a heavyweight box-office clash between senior heroes Nagarjuna and Balakrishna, whose films Soggade Chinni Nayana and Dictator released during the 2016 Sankranthi festive season. And if everything goes as planned, fans and trade circles are in store for yet another clash of both the stars during Sankranthi, 2020.

Already, Balakrishna’s 105th film, tentatively titled Ruler, had its muhurtham ceremony earlier this week. The makers are planning to release the film for the Sankranthi festival early next year. On the other hand, Bangarraju, Nagarjuna’s much-awaited spin-off to his role in SCN, will be going on floors in August. The latest buzz is that Bangarraju makers are planning to get the film ready for the next Sankranthi season.

While Soggade was a blockbuster, Dictator too had a decent run at the box-office thanks to the Sankranthi advantage. Whether or not there will be another clash of these Titans remains to be seen.