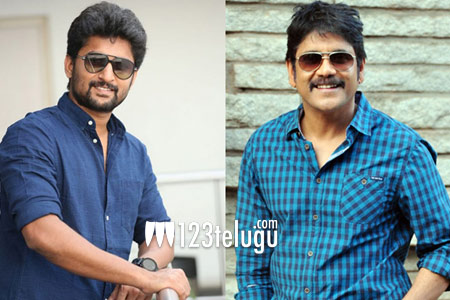 123telugu.com had earlier reported that senior hero Nagarjuna and Nani will be teaming up for a multi-starrer. This crazy project will be directed by young filmmaker Sriram Adittya and bankrolled by veteran producer Ashwini Dutt.

On the eve of Diwali, Ashwini Dutt confirmed the project and announced that the film will be launched formally in January. The producer went on to reveal that this film is going to be a light-hearted family entertainer.

In the past, Ashwini Dutt and Nag had collaborated for 4 movies – Aakari Poratam, Govinda Govinda, Ravoi Chandamama and Azaad. On the other hand, Ashwini Dutt’s daughters Priyanka and Swapna produced Yevade Subramanyam with Nani.