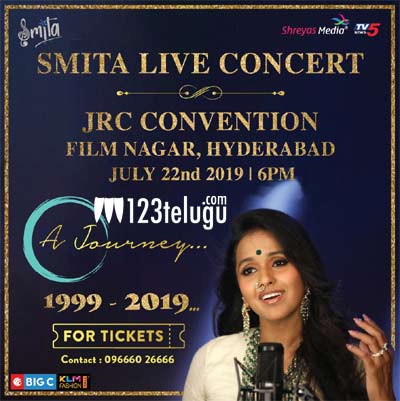 Noted singer and actress Smita is prominently known for her work in Telugu, Hindi and several other languages. Meanwhile, the latest news is that Smita is going to organize a live concert to mark her twenty-year journey (from 1999 to 2019) in the world of music.

The event will be held at JRC Convention Centre, Hyderabad on July 22nd from 6 PM onwards. What is more exciting is that Tollywood stars Nagarjuna, Rajamouli, MM Keeravani and Nani will be gracing the event. Several other guests from various industries are also expected to attend the event.