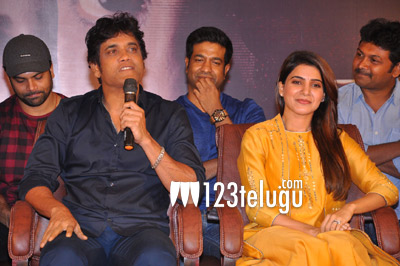 Nagarjuna is busy promoting his new film Raju Gari Gadhi2 all over. He is super confident about the outcome of the film and today, said that the film will be a clean entertainer which will impress everyone.

Nag also added how his director Ohmkar irritated him during the shoot. Nag funnily said that Ohmkar has OCD and kept on fine-tuning the film some way or the other which left him irritated most of the times.

Nag finally ended by saying that even though Ohmar did all these things, it was only for the betterment of the film and the output will be shown on screen tomorrow.