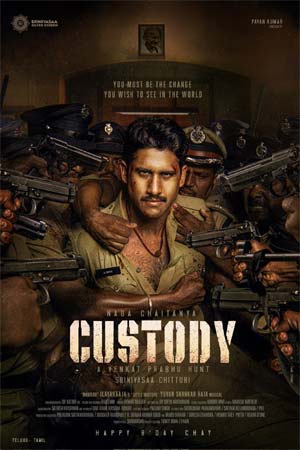 Today, the makers have revealed the title of the movie and it is Custody. An intense poster, which is an extended version of the pre-look poster, has also been released to create hype. Chay’s aggressive look makes the poster look more interesting.

Krithi Shetty is roped in to play the love interest of Chaitu in this cop drama. Produced by Srinivasaa Silver Screen, the movie has Ilaiyaraaja and Yuvan Shankar Raja as music directors.