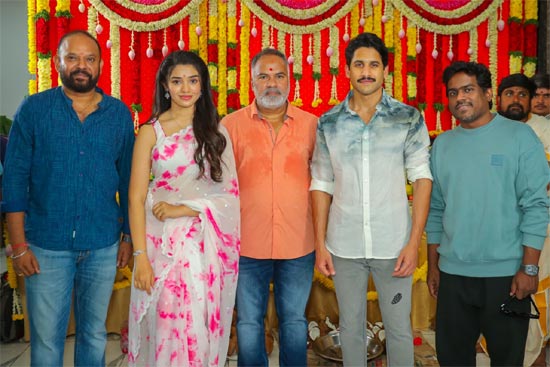 Akkineni Naga Chaitanya has teamed up with the Kollywood director Venkat Prabhu for a bilingual movie. Having Krithi Shetty of Uppena fame as the lady love of Chaitu, the flick has been launched today.

The film has been launched with the formal pooja ceremony in Hyderabad. Besides the team, Rana Daggubati, Siva Kartikeyan and Boyapati Srinu also attended the launch event. The first clap is done by Boyapati and Rana switched on the camera.

The movie will commence its regular shoot very soon. Produced by Srinivasaa Silver Screen, the film will have the soundtracks rendered by Ilaiyaraaja and Yuvan Shankar Raja. More details will be revealed in the coming days.