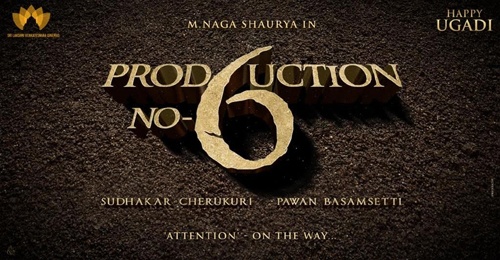 Young hero Naga Shaurya has been setting up new projects at a rapid pace. He has announced his next project now.

Naga Shaurya will be collaborating with debutant Pawan Basamsetty for one of his upcoming projects. This untitled project was officially announced today.

Pawan is said to have come up with a new age commercial entertainer subject and Shaurya is confident about getting back to winning ways with the same.

Sudhakar Cherukuri will be producing the project under SLV Cinemas banner. More details about the project will be out in the due course.