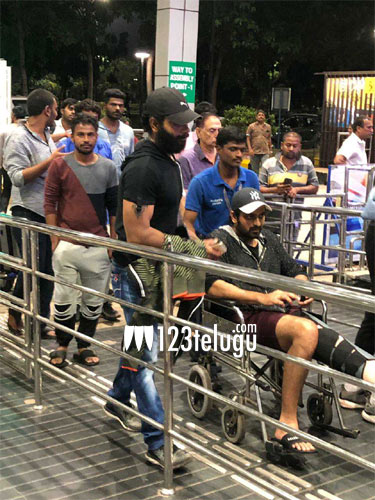 Hero Naga Shaurya has suffered injuries while shooting a fight sequence for his upcoming film in Vizag. The mishap took place this evening while he was performing a risky stunt without using any ropes or a body double.

The film’s team has planned an 11-day action-packed schedule in Arilova, Vizag, under KGF’s stunt coordinator Anbhariv’s supervision. While performing a parkour sequence, Shaurya jumped off a 15 feet tall building and mistimed his landing and sustained a severe injury on his left knee. The actor was rushed to a nearby hospital, where doctors advised him 25 days rest. The Vizag schedule has been cancelled and Shaurya has returned to Hyderabad tonight.