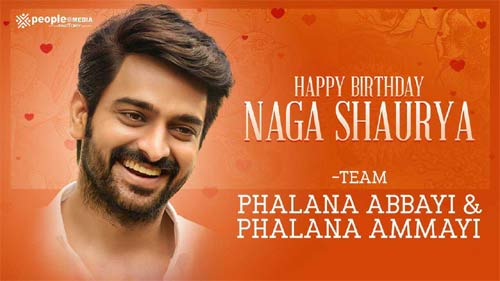 It’s well known that Oohalu Gusagusalaade and Jyo Achyutananda actor-director duo, Naga Shaurya and Srinivas Avasarala, reunited for yet another romantic entertainer. The film’s makers have just unveiled the first look poster to reveal the title on the occasion of Shaurya’s birthday.

The film has been interestingly titled Phalana Abbayi Phalana Ammayi. Talented young Malayalam actress Malavika Nair is the leading lady in the movie. A major portion of the film’s shoot will take place in the US. The film is being jointly produced by TG Vishwaprasad and Vivek Kuchibotla under People Media Factory and Dasari Productions banners.