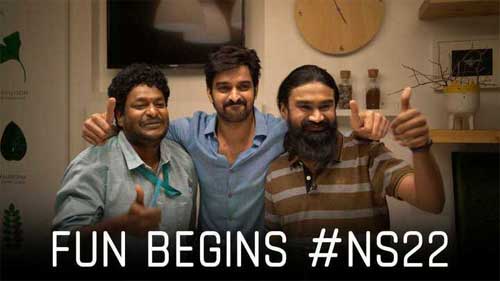 Hero Naga Shaurya, who has been on a signing spree of late, had launched a new film under his home banner IRA Creations a couple of weeks ago. The film is being directed by Aneesh Krishna and New Zealand pop sensation Shirley Setia is making her Tollywood debut with the film.

Tentatively titled Srikrishna Satyabhama, the film’s first schedule kick-started recently. The makers have just revealed a video in which Naga Shaurya is seen having fun with young comedians Sathya and Rahul Ramakrishna. The makers had already revealed that the film is going to be an out-and-out entertainer. Chalo fame Mahati Sagar is composing the music.