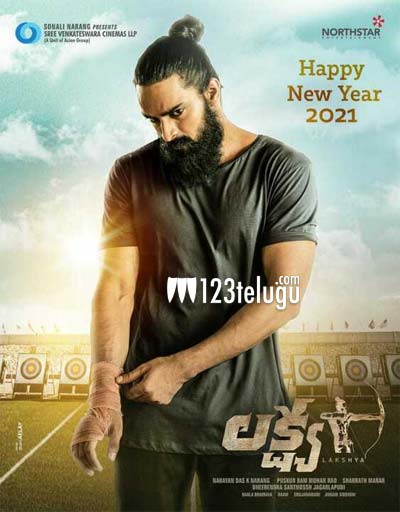 Hero Naga Shaurya, who has been on a signing spree work at least 4 films in various stages of production, is fast wrapping up his sports drama, Lakshya. Shaurya plays an archer in the movie that is touted as India’s first full-fledged film based on archery.

According to the latest update, nearly 70 percent of Lakshya’s shoot has been wrapped up already. The final schedule will begin on January 4 and the entire shoot will be completed with this schedule. Jagapathi Babu essays a key role in the movie which also has Delhi Instagram beauty Ketika Sharma as the female lead.