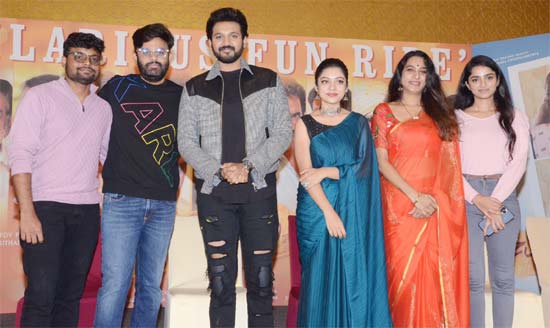 Swathimuthyam, the family entertainer, introduced Ganesh to the Telugu audience. Varsha Bollamma played the leading lady. Marking the film’s success, a success meet was conducted today in Hyderabad, which all the cast and crew attended.

At the event, film producer Naga Vamsi expressed his happiness about the success of Swathimuthyam and added that all age group audience could enjoy this film. The producer once again reminiscences the best wishes of Chiranjeevi, who wished success for their team, and added that GodFather and Swathimuthyam are performing well.