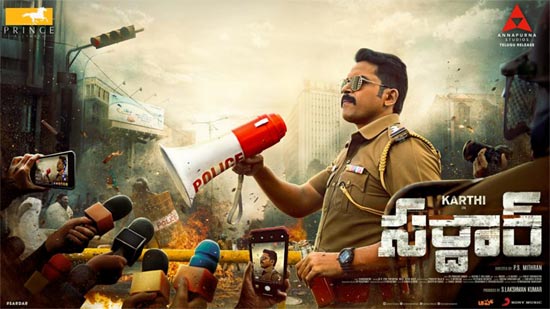 Kollywood star actor, Karthi was last seen in Sulthan. At present, the star hero is gearing up for his next titled Sardar. Written and directed by P. S. Mithran, the film has made the headlines again.

As per the latest update, the Telugu rights of the film have been grabbed by Akkineni Nagarjuna. He will release the film through his Annapurna Studios in multiple areas of Telugu states.

Raashi Khanna, Laila, and Rajisha Vijayan are the female leads in Sardar. Karthi plays a cop in this film which is an action drama. Watch this space for more updates on this project.