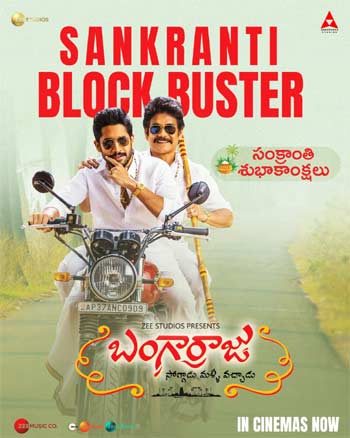 Bangarraju featuring Akkineni Nagarjuna and Akkineni Naga Chaitanya has been running successfully in theaters in the Telugu states and overseas.

Directed by Kalyan Krishna, the movie, which hit the screens on January 14 has been raking solid collections.

Bangarraju broke several records on day two with massive figures on Sankranthi day. The movie has collected Rs.17.5 crores gross on the first day itself. The collections on day 2 are surprisingly higher than on day 1.

Besides, due to the huge demand, more theaters are added from the second day and still, the film saw packed houses in all the centers. Trade pundits are expecting that the movie will make more money in the second week.