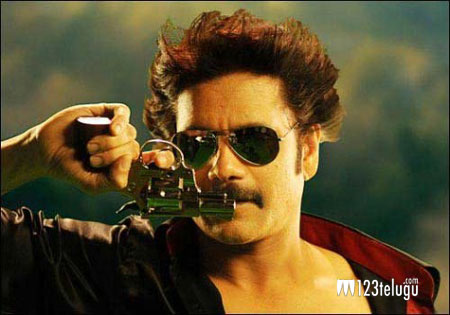 ‘King’ Akkineni Nagarjuna’s ‘Bhai’ is gearing up for a release in the month of September, possibly in time for Vinayaka Chavithi. The movie is currently in the final stages of production. Nagarjuna is going to be seen along with Richa Gangopadhyay in this movie.

Veerabhadram Chowdhary is the director of this film and he has delivered hits like ‘Aha Na Pellanta’ and ‘Poolarangadu’ in the past. Devi Sri Prasad has composed the music. Nagarjuna is producing the film on Annapurna Studios banner.

The film is expected to be a comedy entertainer with a good dose of action and sentiment.