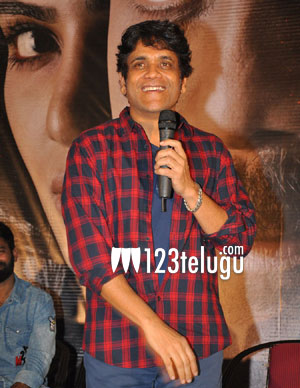 Earlier today, the trailer of Raju Gari Gadhi 2 was launched on the occasion of ANR’s birth anniversary. The entire unit except Samantha attended the event and spoke highly about the film.

But Nag was very clear in his words and said that the film went into a reshoot and this was only done for the betterment of the film. Nag also added that he put a condition to the team saying that he will only dub when the entire VFX work of the film is wrapped up.

Nag wanted to make sure that the film comes out on a solid note and the way the horror graphics are showcased need to be top class. So if he dubs and moves on, the output of the film will be no longer in his hands.

The VFX work is currently in a fast-forward mode to meet the release deadline which is the 13th of October.