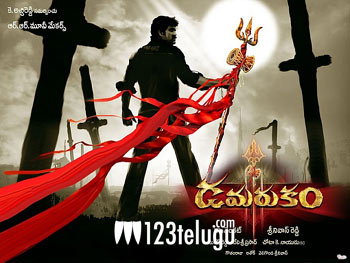 ‘King’ Akkineni Nagarjuna’s socio fantasy drama ‘Damarukam’ is currently in post production mode and extensive special effects work is causing delays. However, the makers of the film are taking inspiration from the film ‘Eega’. ‘Eega’ was similarly delayed because of the special effects, however, the public reception to the good visual effects has been outstanding. So the makers of ‘Damarukam’ are said to be taking care over the quality of visual effects to ensure a good output, even if some delay is caused.

Srinivasa Reddy has directed this movie while Dr. Venkat of R.R.Movie Makers is the producer. Anushka is the heroine in the movie. ‘Damarukam’ is Nagarjuna’s most expensive film to date.