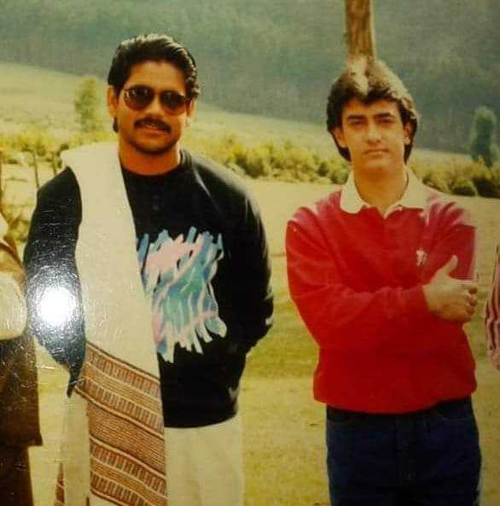 Mani Ratnam’s Geetanjali is one of Nagarjuna’s iconic films and was a massive hit at the box office during the late ’80s. The film was shot mostly in Ooty and the visuals were stunning.

One such picture from the sets of that film has gone viral now. Seen here in the picture is Hindi star Aamir Khan along with Nagarjuna. Even Aamir was shooting for his film and visited Nag during this time.

The star hero was a budding actor during that time as his film Qayamat Se Qayamat Tak just released. Nagarjuna will make a comeback to Hindi cinema with Ranbir Kapoor’s Brahmastra.