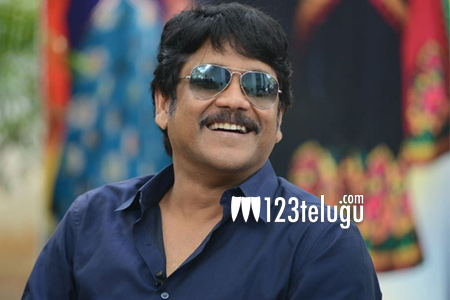 Nagarjuna’s latest super hit, Oopiri is still running well in several centres across the two Telugu states. Meanwhile, the actor has already moved on to his next film, Nirmala Convent, which he also co-producing apart from acting in a special role.

Yesterday, Nag was in Kakinada to participate in Nirmala Convent’s shooting. He was welcomed by fans with a huge reception. Speaking on the occasion, Nag confirmed that his next film, a devotional tale based on the life of Hathiram Baba, will commence from June.

This as yet-untitled film will be directed by K Raghavendra Rao and produced by Yalamanchili Saibaba.