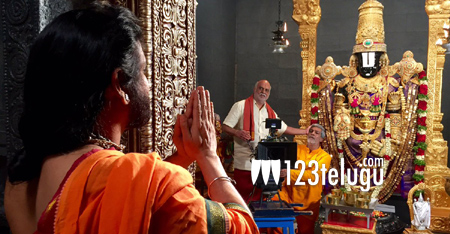 It is a known fact that Nagarjuna is working on a devotional movie titled Om Namo Venkatesaya. Latest update reveals that the shooting of the film has moved to Chikmagalur in Karnataka.

Some crucial scenes are now being shot in the scenic areas of this place. Anushka will be seen in a crucial role along with Pragya Jaiswal. MM Keeravani composes music and Mahesh Reddy, who earlier made Shirdi Sai, is producing this film as well.