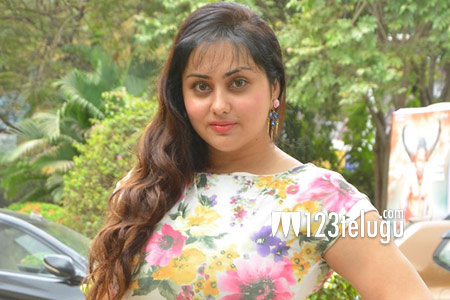 The election season is going on in full swing in Tamil Nadu. All the parties are doing their best to promote themselves big time and are attracting movie stars to join them.

Latest update from Chennai reveals that actress Namitha has written a letter to the chief minister Jayalalitha seeking her permission to join her AIDMK party. Reports suggest that the controversial actress will soon meet Jayalalitha and also formally join the party.

Namitha’s career is almost over in Tamil as she is seen in very less films these days. Gossip mongers reveal that she wants to cash in on her popularity and has chosen to join politics.