Nandamuri Balakrishna to make a suprise announcement
Published on May 26, 2021 12:52 pm IST 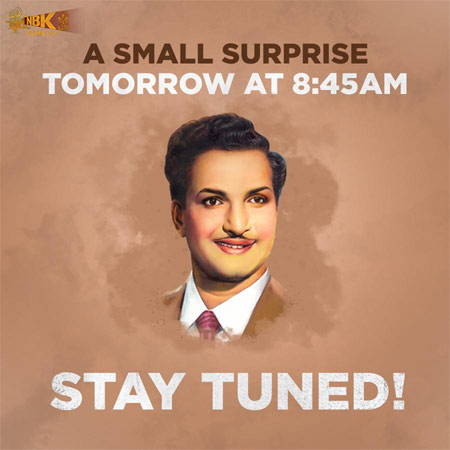 Nandamuri Balakrishna is doing his own set of films but now, he has surprised one and all with the news that he will make a special announcement.

As it is the birthday of legendary NTR on May 28th something special is going to be announced as a surprise tomorrow through his banner NBK films.

Ever since this news has come out, many want to know what it might be. Will it be a new film announcement of Balayya or will it be the grand launch of his son, Mokshagnya into film, only time will tell.