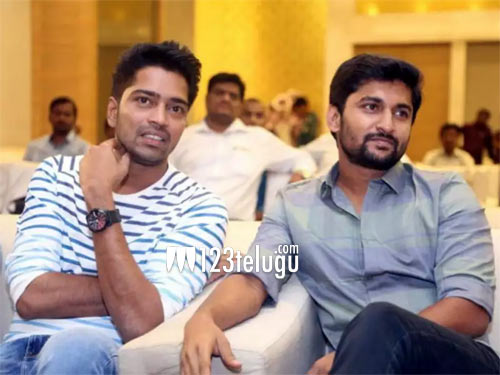 ‘Allari’ had become synonymous with Naresh’s name ever since he made his debut with Ravi Babu’s film of the same name back in 2002. The actor went on to build his image as an entertainer and ‘Allari’ became his identity so much that everyone started calling him Allari Naresh.

However, he went through a rough patch for nearly 8 years, and finally, he broke the jinx with Naandhi. His performance earned him rave reviews and Naandhi went on to become a profitable film. Meanwhile, Natural Star Nani, who finally saw the film, was so impressed with his close friend, Naresh’s performance that he advised him to change his name now.

After watching the film, Nani took to Twitter saying, “It’s time to change your name. Allari is past. This is the beginning for your future.”

Finally got to watch #Naandhi

Super happy for you ra .. hope to see you exploring the artist in you more and more here after 🤗