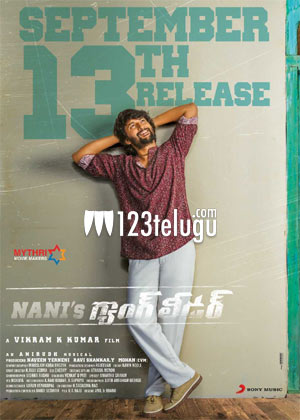 Gang Leader was initially scheduled to release on August 30. However, with Prabhas’ Saaho releasing on the same date, Nani’s film had to be pushed by a couple of weeks. A lot is being expected on this Vikram Kumar directorial. The film’s teaser, which was released a few days ago, received a solid response.