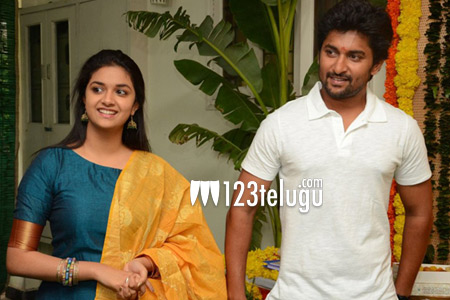 Natural Star Nani is playing the lead role in the upcoming film ‘Nenu Local’. The movie is a romantic entertainer that is being directed by Trinadha Rao of Cinema Chupistha Mama fame. The film has Keerthi Suresh as the heroine and Dil Raju is producing the film. Devi Sri Prasad is composing the music.

The film’s shoot is going on in Hyderabad right now and Nani joined the shoot today. Director Trinadha Rao is hoping to get the film ready for a release towards the end of the year. Meanwhile, Nani’s current movie ‘Majnu’ is on the verge of being wrapped up and it is getting ready for a release in the month of September.