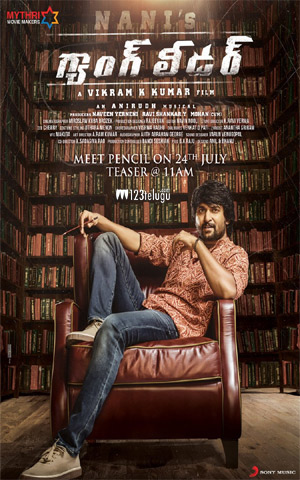 We have already reported that the teaser of Nani’s Gang Leader will be out on the 24th of this month. Now, Nani has given an interesting update about his nickname in the film.

Nani in a tweet revealed that his nickname in the film is Pencil which sounds quite interesting. The film is a fun suspense-filled revenge drama which is being directed by Vikram Kumar.

All eyes are now on the teaser of this film. Mythri Movie Makers banner is bankrolling the film.

Meet PENCIL and his GANG on the 24th July!
They are going to be a lot of FUN :blush: