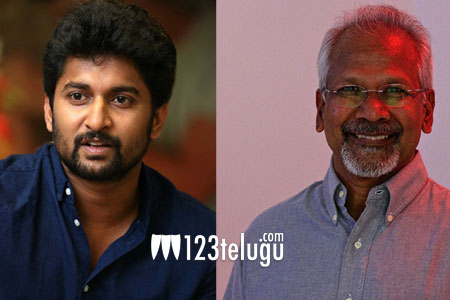 From the past few days, there have been several reports that Nani has bagged Mani Ratnam’s next. But the latest we hear that he is not being a part of the film because of his prior commitments.

As Nani is busy with three projects back to back, he had to let go off Mani Ratnam’s project. This is quite disappointing for him as he is an ardent fan of Mani Ratnam and always dreamt of working with him.

Nani is busy wrapping up his new film MCA which is being produced by Dil Raju. Apart from this, he has two other films lined up.