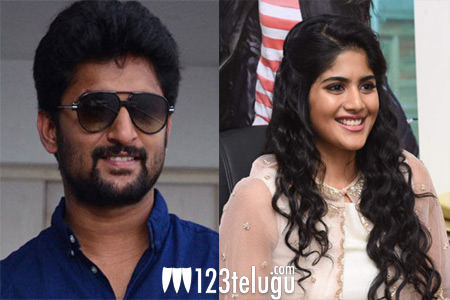 The announcement for Nani’s 24th project was made in December last year. Acclaimed filmmaker Vikram Kumar will be directing this film and leading production house Mythri Movie Makers will be bankrolling it.

Ever since the project was announced, there has been a huge buzz about the actress who will be playing the leading lady’s role. And the latest reports reveal that the makers are in talks with the happening Tamil starlet Megha Akash for the part. Apparently, Megha is quite keen on doing the film. An official announcement will be made once her dates and remuneration are chalked out.