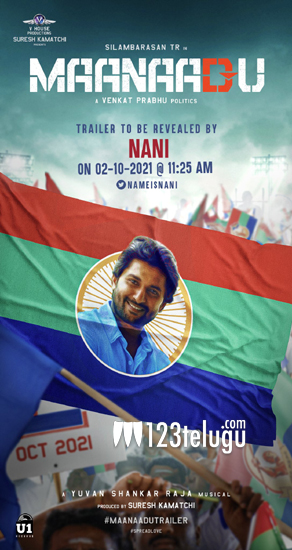 Maanaadu’s theatrical trailers for all the four South Indian languages are set to be launched on October 2 at 11:25 AM. While Tollywood hero Nani will be releasing the film’s Telugu version’s trailer, AR Murugadoss, Nivin Pauly and Rakshit Shetty will be releasing the Tamil, Malayalam and Kannada trailers respectively. Suresh Kamatchi is producing the movie and Yuvan Shankar Raja is composing the music.