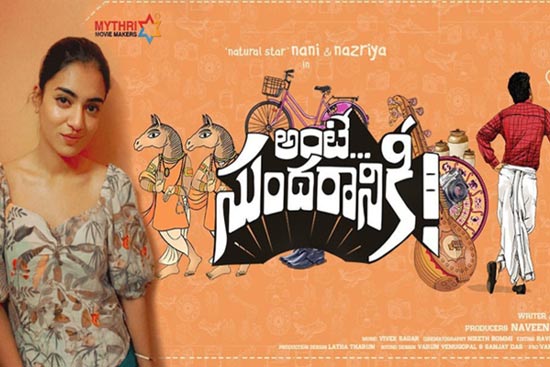 Nani’s Ante Sundaraniki was promoted in a big way in the last few days. Though the film received decent reviews, it did not get the needed collections.

Right from its first major Monday, the occupancy has been quite low and the same happened last week as well. As it is the weekend, the film needs to pick up at least in the A centers.

Films like Virata Parvam and Godse are also no threat to it and we need to see how much the film makes in the days to come. Nazariya debuted with this film.