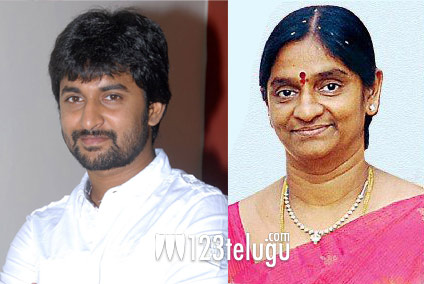 Almost everyone has a deep attachment with Mom. Hero Nani is no different. In an interview given to a leading Telugu daily, Nani revealed that his mother is a source of inspiration and strength for him.

“My mom Vijayalakshmi means a lot to me. She watches all my films thrice. The first time to see me on the big screen, the second time to see how the movie is and the third time for giving me suggestions. ‘Bheemili Kabaddi Jattu’ and ‘Eega’ are two films which she loved deeply. She wants me to act in films where I don’t die”, said Nani.

The budding actor also spoke about how his mom reacted when he decided to get into the film industry. “She knew that I wasn’t a very good student. She saw how passionate I was about films and so she agreed when I spoke to her about becoming a director. I bought her a ring with my first salary. When I signed my first film as a hero, I took Rs 25000 and gave it to her. She was overjoyed”.

It is good to see the softer side of Nani, isn’t it folks?