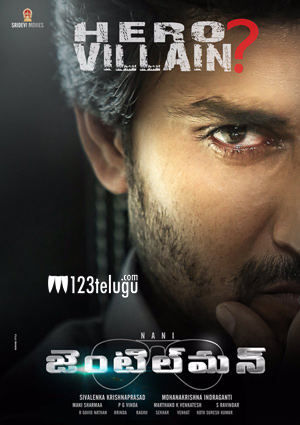 Posters from Nani’s ‘Gentleman’ are coming out one by one and they are certainly raising the curiosity levels around the movie. The movie is being directed by Indraganti Mohanakrishna and Nani’s look in the film is giving rise to the debate about whether he will be seen in a positive role or a negative character in the film.

Even in today’s posters, this element of suspense has been maintained and this has given rise to conversations on social media about this topic. Nani is remaining tight lipped about this and he says one must watch the movie to find out.

Shivalenka Krishna Prasad is the producer of this movie and Mani Sharma is composing the music.