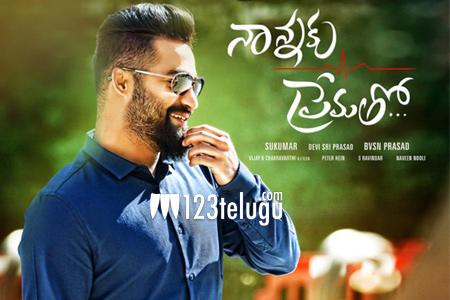 Young Tiger NTR’s most eagerly awaited silver jubilee film, Nannaku Prematho, is nearing its completion. Already, the entire talkie part has been wrapped up and only a song is left to be shot. Previously, the makers decided to launch the film’s audio album on December 25, but the event was postponed due to unavoidable circumstances.

Now, latest buzz is that the makers are planning to unveil the audio album on the 27th of this month. An official confirmation regarding this will be made very soon. Rakul Preet Singh will be seen romancing NTR in this Sukumar directorial.

Devi Sri Prasad is the film’s music composer and BVSN Prasad is producing this high budget entertainer. Nannaku Prematho is slated for a grand Sankranthi release.