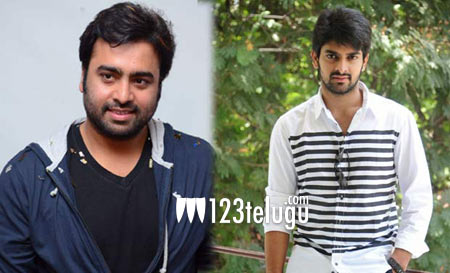 Jo Achyutananda, a romantic comedy multistarrer featuring Nara Rohit and Naga Shaurya, has kick-started its regular shooting today. Srinivas Avasarala, who had earlier made his directorial debut with Oohalu Gusagusalaade, is directing this film and Sai Korrapati is producing it under his Vaarahi Chalana Chitram banner.

Jo Achyutananda also stars Regina Cassandra, who plays a dentist. The film will see Nara Rohith and Naga Shaurya playing brothers and falling in love with the same girl. Kalyan Koduri, who composed soulful tunes for Oohalu Gusagusalaade, will be scoring for this film too.