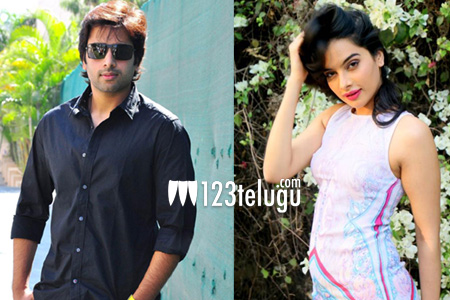 Young hero Nara Rohith is currently busy shooting for Savithri. Apart from this, the actor has numerous interesting films in hand and they all are in different stages of production. In summer this year, Nara Rohith signed Appatlo Okadundevadu, a period thriller.

In the film, Nara Rohith will be seen romancing Tanya Hope, a Miss India 2015 contestant. Tanya previously won the Miss Kolkata title and participated in the Miss India pageant subsequently. Tanya was one of the top 6 finalists who competed for the Miss India World crown, but she lost the race and stood in the sixth position.

The young starlet will also be seen in a short cameo in Ram’s January 1 release, Nenu Sailaja.