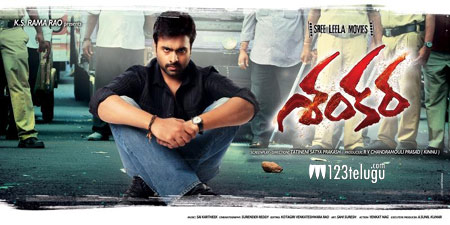 Nara Rohit and Regina will be seen as the lead pair in a new movie titled ‘Shankara’. The film is currently nearing the end of production. The audio album will be out soon, said the producer. Tatineni Satya is the director and R.V.C. Prasad is producing the film on Sri Leela Movies banner. Noted producer KS Rama Rao is acting as the presenter.

The movie is expected to be an action entertainer with a good deal of emotional content.

Sai Karthik is composing the music and Surender Reddy is the cinematographer. Ahuthi Prasad, M.S.Narayana, Rajeev Kanakala and Pragathi are essaying important roles in ‘Shankara’.