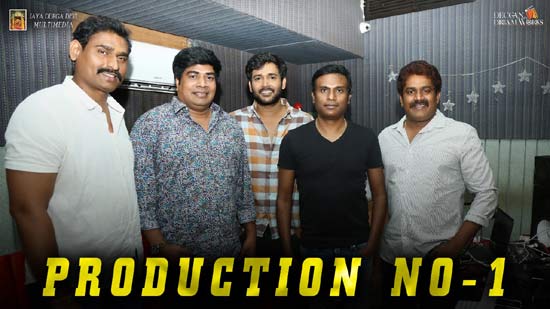 Young and talented actor Naresh Agasthya is busy with multiple projects. Today, his new movie has been launched officially in Hyderabad. Director Veerabhadram Chowdary, well known for Aha Naa Pellanta and Poola Rangadu, is going to helm this project.

Billed to be a crime comedy, the movie, which was launched with a pooja ceremony today, will commence its regular shoot from July 2022. The makers will announce the details of the remaining cast and crew in the coming days.

The yet-to-be-titled movie is the maiden project of Nabishaik and Thumu Narsimha Patel. Produced under the banners Jaya Durga Devi Multimedia and Deccan Dream Works, the movie has Anup Rubens as the music director.