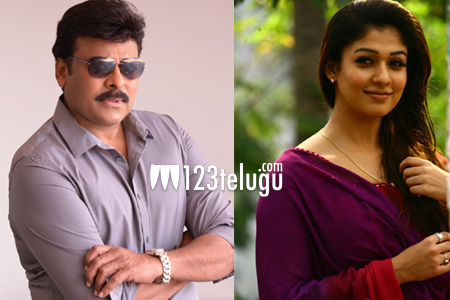 Chiranjeevi is all set to start his 151st film, a remake of the Tamil movie Katthi. V.V. Vinayak will be directing this film and apparently it will be produced by his son, Ram Charan.

Now, sources close to the film say that the makers are planning to rope in Nayanthara as the female lead. If this happens, this will be Nayanthara’s first film with Chiru, while she has earlier worked with the director in two films. An official confirmation is still pending.