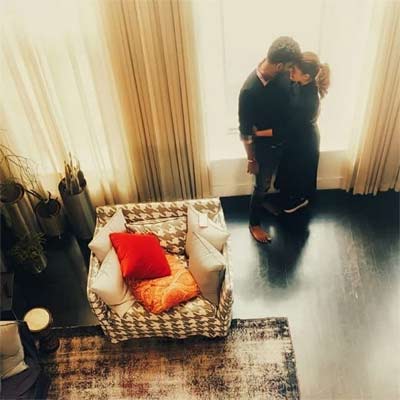 Nayanthara is doing back to back films and is always in new for her love affair with director Vignesh Shivan. They are in a live relationship and this is known to all.

Once in a while, their wedding rumors go viral but nothing concrete comes out. But now one intimate picture is going viral all over the internet.

Seen in the above picture as Shivan and Nayan in a very romantic manner proving that romance is in the air. The couple has started Christmas celebrations as of now. Nayan will next be seen in a film called Ammoru Talli that will release tomorrow.