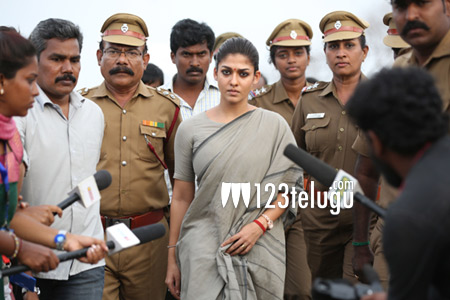 Star heroine Nayanthara’s upcoming Tamil film is an intense social drama titled Aramm. The film is releasing in Telugu as Kartavyam. Nayan will be seen in a powerful role of a District Collector. Keeping aside her age-old principle of not taking part in movie promotions, Nayan is going to promote Aramm aggressively.

According to the latest updates, Aramm is slated for a November 3rd release and even Kartavyam will hit the screens on the same day. Noted distributor R Ravindran of Trident Arts will release Kartavyam. Gopi Nainar is the film’s director and Ghibran is the music composer.