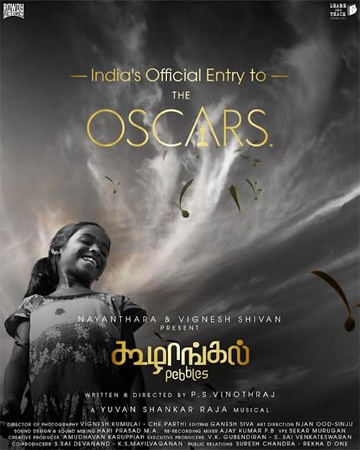 Koozhangal was chosen from a total of 14 shortlisted movies. The film surpassed notable movies such as Nayattu (Malayalam), Mandela (Tamil), Sherni (Hindi), Bridge (Assamese), Chello Show (Gujarati), Sardar Udham (Hindi) and others to be in race for the Oscar nominations. The film has its soundtrack scored by Yuvan Shankar Raja.

Set in a Tamil Nadu village, Koozhangal showcases the tumultuous relationship a school boy shares with his aggressive and alcoholic father and how it leads him on a quest to find his mother. The film had won top honors at several film festivals including Rotterdam and IFFLA. The 94rd Academy Awards will be held at Los Angeles’ Dolby Theatre on March 24, 2022.