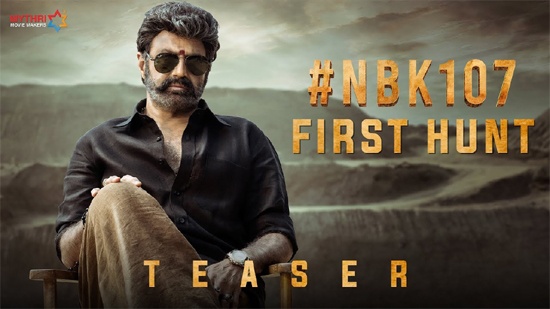 Nandamuri Balakrishna is doing a film in the direction of Gopichand Malineni and on the occasion of the star hero’s birthday tomorrow, the producers, Mythri Movie Makers have released a small promo.

The promo showcases Balayya in a powerful avatar and he makes a heroic entry that is action-packed. Thaman has scored the BGM and it elevates Balayya in a solid manner. There was news that the makers will also reveal the title but that has been kept secret as of now.

More than the action, the powerful dialogues mouthed by Balayya in the action sequences are whistle worthy. Gopichand has made sure that he gives fans what they want after a hit like Akhanda and the promo itself is proof.

Shruthi Haasan is playing the female lead in this film which is an action drama. Kannada actor Duniya Vijay is playing the antagonist in this movie, which also has Varalaxmi Sarathkumar in a pivotal role.