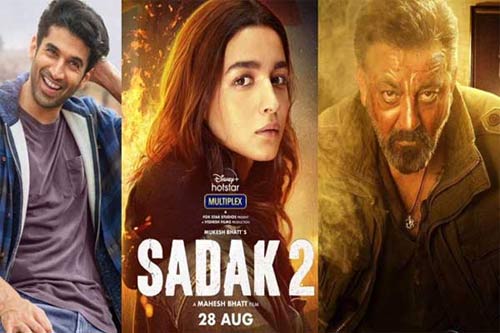 Sadak 2 has been on the radar from the day its trailer came out. The film was released yesterday on Disney Hotstar and turned out to be a dud and was also slammed by multiple critics. The old school making did not impress the audience who were already ready to slam the film due to nepotism issues.

The social media was filled with messages even before the first screening of the film got over. Once the verdict was out, fans vented their anger in a big way by slamming the movie.

In fact, on IMDB, the film managed only 1.1 Ratings so far which shows how much this film has been disliked. Mahesh Bhatt directed this film which had Alia Bhatt, Sanjay Dutt, and Aditya Roy Kapoor in lead roles.