Netizens urge Kantara makers to bring back the original track – Deets inside
Published on Nov 24, 2022 9:00 am IST 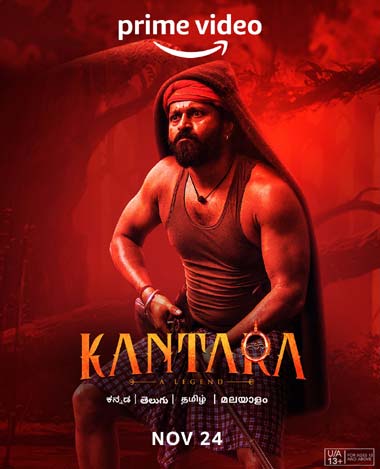 Last month, Thaikkudam Bridge, a popular music band slammed the makers of Kantara for stealing their original work Navarasam and using the tune, without giving credit, for Varaha Roopam song, which is the soul of Kantara’s climax. So, the makers came up with a new tune for the OTT version.

Many netizens expressed their disappointment for the maker’s decision of taking down the theatrical version of Varaha Roopam. Several netizens urged Rishab Shetty and Hombale Films to bring back the original version, at least on YouTube. We need to wait for the comments from the makers. To note, the makers also deleted the video song from their YouTube channel.

Acted and directed by Rishab Shetty, Kantara has Sapthami Gowda, Kishore, Achyuth Kumar and others in significant roles. Anjaneesh Loknath is the music director of the movie.