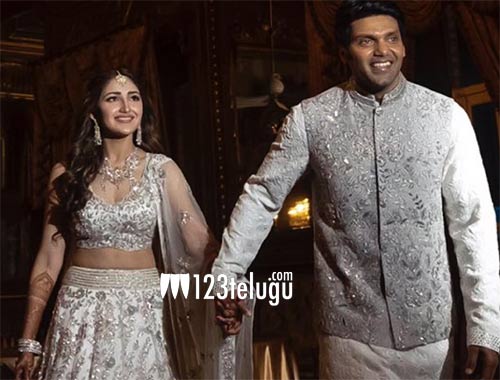 It is a known fact that the newly married Sayyesha is doing the female lead’s role in Suriya’s Kaappaan. The news now is that she has wrapped up her part of the shoot and has moved to her other Kannada project.

Sayyesha is known for her dances and the report is that she has a rocking dance number in Kaappaan. Very soon, Sayyesha will act opposite her husband Arya in the Tamil film Teddy.

Sayyesha is also in talks for a few Telugu films and we need to see which banner ropes her in.