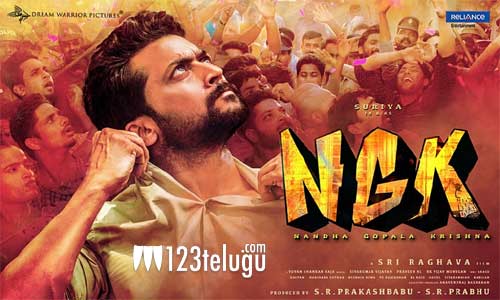 Suriya’s NGK opened to some disappointing reviews in the Telugu states. The film is a political thriller and has been directed by Selva Raghavan.

While the occupancy in the Telugu states is a bit dull, the film is off to a decent start in Tamil Nadu. The latest we hear is that the film made a total gross of 1.03 crores on the first day in Chennai.

This is the highest ever for a Suriya film to date in his career. Back in the Telugu states, the film needs to perform well this weekend otherwise things will be quite difficult.