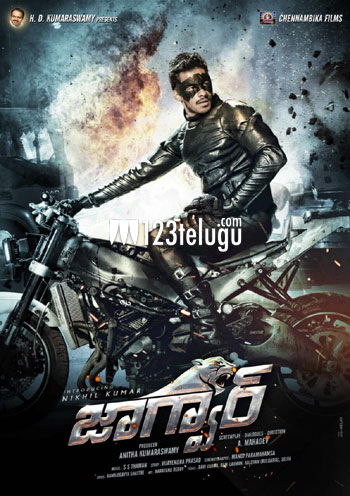 123telugu has reported a while back that Pawan Kalyan will be attending the audio launch of Nikhil Gowda’s Jaguar.
The latest update now reveals that the audio of the film will now be launched on the 18th of September and the film will release on 6th October.

The bilingual is being made on a whopping budget of 75 crores. The film also stars Jagapathi Babu, Ramya Krishna and Brahmanandam in important roles.