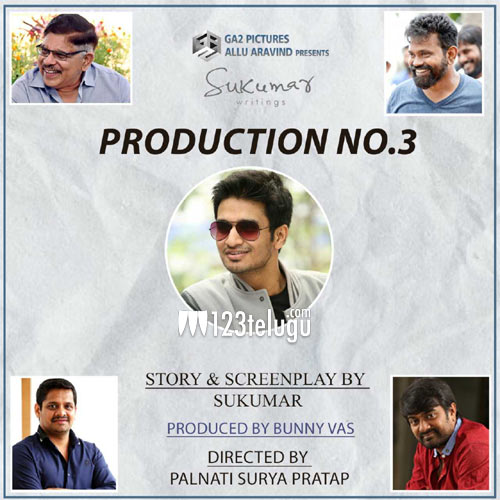 Back with the success of his latest film Arjun Suravaram, Nikhil is going great guns in his career as of now with multiple offers.

He will now work with the production houses of Sukumar and Allu Aravind for his new film which has been announced today.

Nikhil will play the lead in a film that has story and screenplay by Sukumar. Surya Pratap of Kumari 21 F fame will direct this film.

Bunny Vas will produce this film which will be high on content. The female lead and other details will be revealed soon.