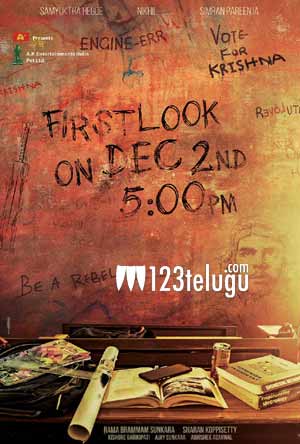 Hero Nikhil has unveiled an interesting pre-look of his 15th project. Nikhil revealed that 70 percent of the film’s shooting has been wrapped up already. The title and first look will be out on Saturday at 5 pm.
Nikhil15 is an official remake of the blockbuster Kannada campus drama, Kirik Party. Nikhil will be seen as a student leader in the movie and the pre-look gives ample hints about what to expect from the film.